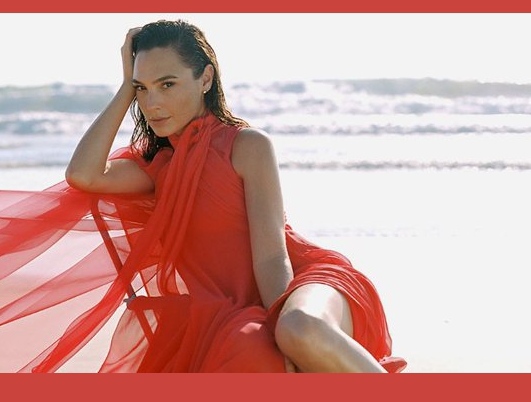 Just like every other celebrity Gal Gadot made a post where sympathised with the Palestine and begged for the war between both Israel and Palestine to end, she said both country should be in peace with each other in her her words she said my heart breaks. My country is at war. I worry for my family, my friends. I worry for my people. This is a vicious that has been going on for far too long. Isreal deserves to live as a free and safe nation, our neighbours deserve the same. I pray for the victims and their families, I pray for this unimaginable hostility to end, I pray for our leaders to find the solution, so we could live side by side in peace. I pray for better days”.

From the above test she identified herself as a citizen of Israel so fans can know how this affect her personally unlike most celebrities that have shown concern on the Israeli vs Palestine war, this actually came from the heart as her family and friends is involved in the whole war, Gal Gadot used a broken heart emoji on the post.

After Gal Gadot made the post the comment section was turned off, twitter users tagged her and most of them accused her of working with isreali IDF for two years, they accused her of once being in support support of Israel to fight the Palestine s, See comments below ;

Gal Gadot wanting the violence to end while also having served in the IDF and constantly supporting Israel’s actions pic.twitter.com/oPjvegShuc

this is literally what gal gadot said lol pic.twitter.com/87aI6gcXXa

I’m just proud of Lebanon for banning the Wonder Woman movie in protest against the Israeli war criminal Gal Gadot. She served in the Israeli colonial military in 2006 during the zionist aggression on Lebanon which killed more than 1000 Lebanese civilian. https://t.co/3AMPWUR3kK

Related Topics:Gal Gadot
Up Next

The Purge Movie Trailer And Release Date Is Out

Watch Ciara Show Off Her Dancing Skills In New Video

Ciara shows off her dancing skills in a video she posted on Instagram, once again her fans like it so they complemented her and told her to do one of the things she knows how to do best.

Ciara is putting on a black gown while rocking to the sweet sound coming out fron her speakers, this shows she is multi talent and and not just good as a musician but also good as a dancer.

From the looks of things and positive reply she got from fans it seems Ciara should do more of these dance videos, since it doesn’t take a lot of stress making it or maybe it is a little bit hard but her talent made it look so easy.

For  Ciara someone who married Russell who she describes  as an amazing husband and also have a wonderful kids with him, she have every reason to dance and be happy on social media.

See video of Ciara dancing below;

Now that’s lovely for Ciara, more happy vibes to her.

His fans shared videos and pictures of Tupac Shakur, but an interesting one amongst all of the written love letter Jadapinketh shared and said Tupac wrote to her during his lifetime.

Fans didn’t take it lightly, some said it’s not right for a married woman to hold on to letter a man wrote her, while some supported her especially fellow women, a girl said she would do the same thing Jadapinketh did if Tupac wrote her a letter by preserving it.

While controversies of the trend was going on a fan said Jadapinketh wrote that letter by herself that’s she is only chasing clout.

See fans reaction to the Jadapinketh letter from Tupac below;

It’s Tupac, I would too

Will smith waking up every year on June 16th: pic.twitter.com/ImgVmzGfTX

Watch The Video Of ‘Lumberjack’ Tyler The Creator’s New Song

watch the video for Tyler the creator new song ‘Lumberjack’ h e posted the video on YouTube and also promoted it on his  Instagram and twitter page.

Watch the the Lumberjack video below;

This song came out a day after Tyler The Creator posted a video of himself kissing a girl, hopped right inside his car and drove off I guess he did it to prove those who thinks he is gay wrong, even though the video was trending some fans believe Tyler is still gay so he is bisexual.

Tyler the Creator have built a huge fan base by just being himself which is more of standing out from other artist, his albums is grammy worthy and ‘Igor’ which is his last album won his first grammy award and his fans thinks he will still win more of it.