Cardi B and Nicki Minaj Relationship Status and Timeline

Cardi B and Nicki Minaj Relationship.

Cardi B and Nicki’s relationship has witnessed lots of drama and episodes.

It stems from the irrebuttable fact that both rappers are in a competitive relationship; trying to see who’s better than who.

Nicki Minaj and Cardi B ran into each other at the 2018 Met Gala, where they were seen conversing up a storm and exchanging what appeared to be a cordial encounter, because of their obnoxious relationship with each other. 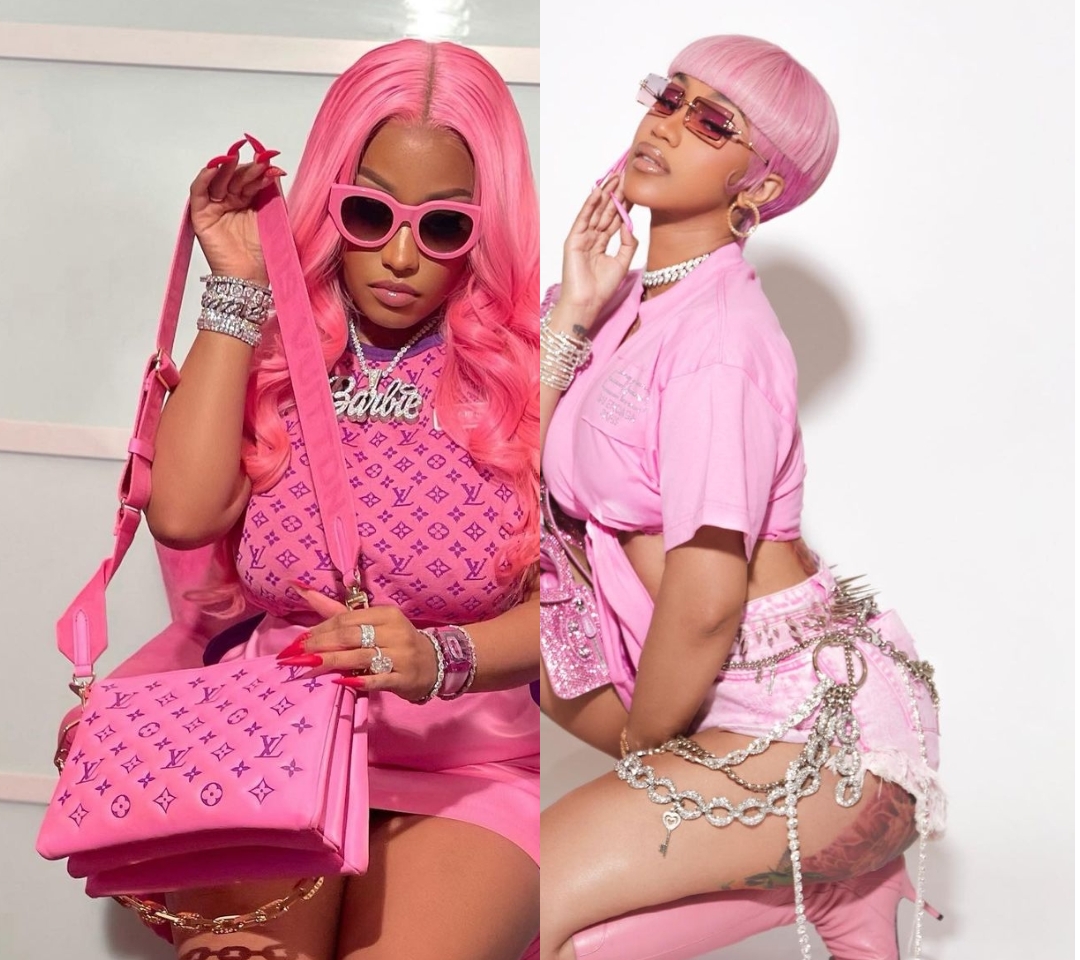 The couple’s week was reportedly put together through designer Jeremy Scott, who is a personal friend of Nicki’s and also provided Cardi’s evening outfit.

Cardi B is told by Nicki Minaj to quit being so emotionally sensitive. While on her radio station, Queen Radio, Nicki Minaj gave Cardi B some unsolicited advice. “She may have taken issue with things I’ve said, but I’m not going to bite my tongue,” she remarked. You’ll need thick skin. People constantly make negative remarks about me. It’s unrealistic to expect to be liked, adored, and complimented all of the time. “Give me a break,” she says.

According to TMZ, Cardi approached Nicki’s table intending to resolve their unpleasant relationship amicably. After becoming jabbed in the head, Cardi tried to fight and hurled her sneaker into the fray.

Cardi B went on a rampage on Instagram following an episode of Nicki Minaj’s ‘Queen Radio.’

Following their altercation in New York, Cardi and Nicki clashed once more after an episode of Nicki’s ‘Queen Radio’ aired. Cardi said Nicki lied about everything from endorsement deals and musical collaborations to bogus claims about Cardi using payola in a series of explosive Instagram posts. Nicki responded on Twitter before the duo declared an online ceasefire.

Do Cardi B and Nicki Minaj Get Along?

It is obvious that the two rap stars haven’t been on a friendly tone and do not get along.

Nicki Minaj reportedly liked a comment dissing Cardi’s bars on a video of her rapping in March 2017.

Knowing that they do not get along, a fan took a screenshot of Nicki liking a remark that read “stupid a** bars” after Cardi dropped a 1-minute freestyle on Instagram. Many people pointed out that this was almost certainly a hoax.

Nicki, on the other hand, was seen dancing to ‘Bodak Yellow’ a few weeks later.

In a Miami nightclub, the ‘No Frauds’ rapper could be spotted tipping her head in approval of Cardi’s summer smash.

In the song ‘No Flag,’ which features Cardi’s boyfriend Offset, Nicki fired a shot at a female rapper.

On the track, Minaj raps, “I heard these labels are trying to manufacture another me / Everything you’re getting little hoe is because of me.”

Nicki Minaj later clarified on Twitter that the lyric in ‘No Flag’ did not refer to Cardi B.

Before a concert in August 2017, Cardi shouted out an unknown woman.

In her line on G Eazy’s ‘No Limit,’ Cardi B allegedly fired a shot.

“Could you perhaps quit with the subs?” The rapper shouts in the song, “B***h I ain’t Jared,” which many assumed was directed at Nicki.

Through an interview at the 2017 MTV Video Music Awards, Cardi B addressed the rumored fight.

“I don’t want to have any issues with anyone.” “All I want to do is make songs and generate money,” Cardi stated. “I don’t have time to observe other women and their activities.” You know, I don’t have to do the entire industry beef. With these hands, I get it poppin’.”

Cardi later denied dissing Nicki and stated that the two do not have a dispute.

The ‘Bodak Yellow’ rapper stated during her interview on The Breakfast Club that the two female rappers had “conversated.” “This is the thing—you know, people don’t understand that I had like beef with 10 b*****s still in the hood, and I’m still in the hood,” she explained.

While keeping Cardi’s track at bay, fans began streaming Swift’s ‘Look What You Made Me Do’ incessantly. Nicki’s supporters were supposedly scared by the media’s portrayal of Cardi as “the next Nicki Minaj,” while Taylor’s fans wanted their idol to be number one.

Nicki was quick to congratulate Cardi after her song ‘Bodak Yellow’ reached number one.

Cardi B tackled the feud just hours before her debut album, ‘Invasion Of Privacy,’ was released.

During an interview, she stated, “I just feel like it’s online made-up.” “I don’t have time for it.” If you’re not f*cking my man, taking my money, or stopping my money, then I don’t give a f*ck about you.” She also added “I had already spoken to her in person. As a result, I usually state that I don’t want anyone to make fun of me behind my back. We can talk about it if it’s something we can talk about since it’s not always rah-rah this or rah-rah that.”

Cardi knocked off rumors that the two were shooting at each other in the music video for ‘Motorsport.’

Cardi stated in her interview with Capital XTRA that the two had chatted briefly and that Nicki’s verse on the final cut was not the same as the first one she had heard. She explained that when Quavo of Migos contacted her about joining the song, she was prepared to take that opportunity to work with celebrities.

Who is Nicki Minaj’s Best friend?

Nicki Minaj takes her as her best friend because she can always rely on Zoey for homework assistance or a short therapy session.

Zoey is a sweet, feisty, and devoted girl who always defends Nikki Maxwell and Chloe Garcia when they are being bullied. Despite being labeled the “,” they appear to be excellent pals. She is compassionate and can be completely truthful. She’s also been hailed as helpful and wise. Zoey, like Chloe, may be feisty, refusing to join Nikki’s sulking party. Nicki loves her best friend a lot.

In the first book, Zoey informs Nikki that she is attempting to live with three “mother figures” in her life: her mother, grandmother, and stepmother, implying that her parents are divorced. Her family is never mentioned again in the books, but Nikki mentions Zoey and her family living close MacKenzieto Hollister in the fifth.

Who is Cardi B’s best friend?

Star Brim is Cardi B’s best friend, as of recent.

Cardi B’s best friend was detained last year on suspicion of instigating an assault on a female bartender at a Queens strip joint.

Star Brim. is alleged of being a high-ranking female Bloods subgroup 5-9 Brims member. The other gang members allegedly referred to her as “Godmother.”