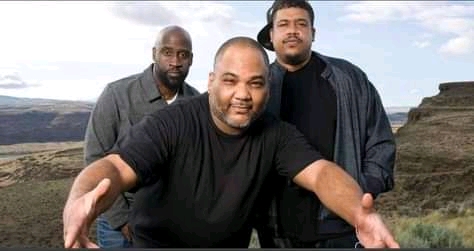 De La Soul can now finally rejoice. Posdnuos, Dave, and Maseo have finally won back the master recordings of albums like 1989’s 3 Feet High & Rising and 1990’s De La Soul Is Dead after decades of fighting Tommy Boy Records for their renowned catalog.

But there had been hints that De La Soul’s long war would come to a conclusion in style. Tommy Boy Records was purchased by Reservoir, a music-rights business, for a stunning $100 million in June.

According to Variety, the sale includes over 6,000 masters, including Hip Hop classics like Coolio’s “Gangsta’s Paradise,” House of Pain’s “Jump Around,” and Afrika Bambaataa & The Soulsonic Force’s “Planet Rock.”

“We have already called out to De La Soul and will work together to bring the library and the songs back to the fans,” a Reservoir representative said confidently.

Tom Silverman, the founder of Tommy Boy, was publically chastised by De La Soul in 2019 for his unethical business methods. At the time, Maseo, Dave, and Posdnuos disclosed that negotiations between the two companies had resulted in Tommy Boy receiving 90% of De La Soul’s streaming revenue and the group receiving 10%, an arrangement they refused to accept.

As a result, Questlove of The Roots started the #TommyBoycott hashtag, while De La Soul asked fans not to stream any of their Tommy Boy records.

“TOMMY BOY ARE NOT IN THE BUSINESS OF GIVING PUBLISHING AND MASTERS!” Maseo wrote in all caps to HipHopDX in August 2019.

” Reservoir, on the other hand, appears to be.

Related Topics:De La Soul
Up Next