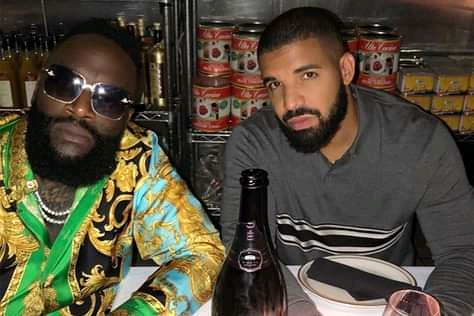 Drake is applauding the Bawse.

Rick Ross is the “best rapper alive,” according to the Toronto rapper. He posted a video of Rozay and Smiley, OVO Sound’s newest signee, and showered them with adulation.

Drake previously revealed his top 5 rappers, which included The Notorious B.I.G., JAY-Z, Lil Wayne, André 3000, and his OVO affiliate Hush aka Young Tony. Ross was not on the list.

Drake and Ross have cooperated on a number of occasions over the years. They most recently collaborated on the Billboard Hot 100 single “Lemon Pepper Freestyle,” which reached No. 3 on the chart.

Ross hinted in April that a joint record with Drake was in the works. “We had that talk after our most recent release, ‘Lemon Pepper Freestyle,’ and it is very definitely being considered. He told Streetz 94.5, “Real talk.”

Drake also uploaded a snapshot of himself in the studio as fans wait for his new album, Certified Lover Boy, to drop at the end of the summer. Meanwhile, he may be heard on Smiley’s tune “Over the Top” alongside the emerging Toronto rap talent.

Related Topics:DrakeRick Ross
Up Next