Is Black Adam a Villain?

Black Adam is a DC Comics supervillain/anti-villain who is one of Captain Marvel’s three arch-enemies (alongside Doctor Sivana and Mister Mind). Though his origins differ between incarnations, he is always shown as a previous champion of the Wizard Shazam who became corrupted by his power, turning him into a villain and a foe of the Marvel Family. However, in recent years, he has been portrayed as a more unbiased or anti-villainous persona.

In the comics, Black Adam battles a hero with a bolt of lightning on his chest, but don’t hold your breath for him to appear anytime soon. Shazam, starring Zachary Levi as the fresh-faced strongman, was supposed to have Johnson’s Black Adam as the adversary. But, in the end, that screenplay changed, and now Black Adam is getting his limelight as the hero of his own story.

Because Black Adam is mostly a supervillain/anti-hero and Shazam’s arch-nemesis, he was originally supposed to appear in David F Sandberg’s Shazam!, but it was later decided to introduce Black Adam in a solo film instead.

There was a youngster named Aman in the New 52 storyline who lived in the fictional Arab kingdom of Kahndaq. At a young age, he was sold into slavery. He had an uncle named Adam who assisted Aman in escaping slavery but was hurt in the process. Aman was carried to the Rock of Eternity and given superpowers, similar to Billy Batson in Shazam! Aman shared his skills with his uncle in healing Adam, but Adam desired retribution.

Is Black Adam a Villain or Anti-Hero?

Black Adam is a corrupted ancient Egyptian with a convoluted past in the original comics. Teth-Adam is his real name, and the wizard Shazam bestows upon him Shazam’s abilities. However, once he has amassed enough power, he becomes evil. He decides to conquer the entire world, beginning with Egypt. Shazam is unable to reclaim the powers he granted Black Adam, so he banishes him, and he does not return to Earth until 1945.

Is Black Adam a Villain in the movie?

Jaume Collet-Serra, who directed Johnson in Disney’s Jungle Cruise, is directing Black Adam. The Justice Society of America, the forerunner to the Justice League in DC Comics, will make its live-action debut in this film. 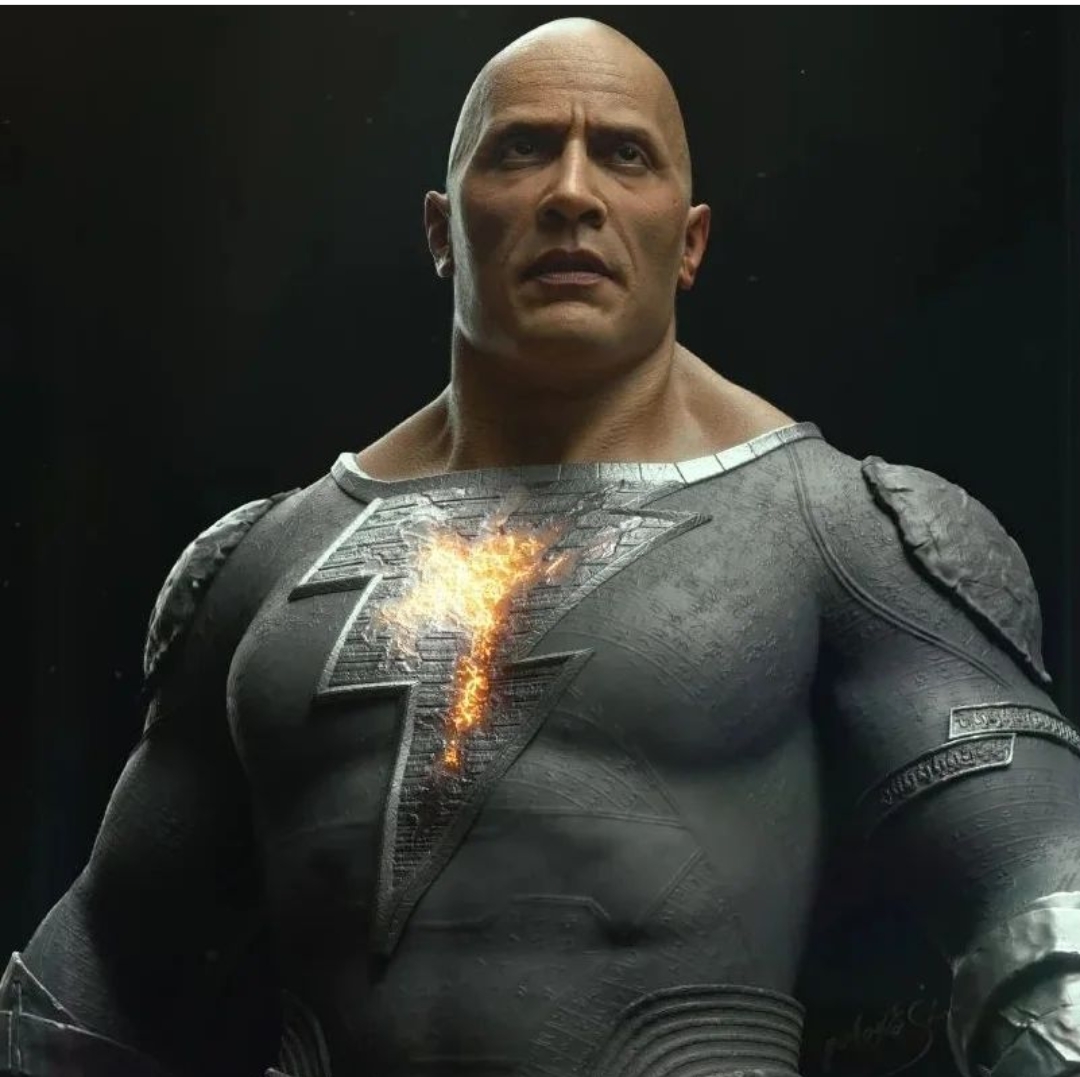 “It’s an honor for me to present the JSA,” adds Collet-Serra. “We got the opportunity to bring in these old, legendary characters like Hawkman and Dr. Fate, who have a depth of history and are so significant in the DC universe,” he says.

The trailer also hints at a schism between Black Adam and the more upright, law-abiding JSA. When told that “heroes don’t kill people,” Adam responds with a matter-of-fact retort: “I do.”

Although Black Adam is making his big-screen debut, the character has a lengthy and tangled comic book background. He initially appeared in 1945 as an elderly and corrupt criminal who was granted superhuman abilities by the wizard Shazam. Adam has developed from Shazam supervillain to ethically ambiguous antihero over the years, and Collet-Serra says it was that ambiguity that drew him in when Johnson approached him about directing on the set of Jungle Cruise.

“When I started reading about Black Adam, I became interested in how unconventional of a character he is,” Collet-Serra recalls. “Is he a hero? Is he a villain? Is he an antihero? He has such a unique story, and he goes well with my style and view of the world in general. In a world where not everything is black or white, you need a superhero like him to operate in the gray area, who has his moral code.”

Also, Adam isn’t the only superhero in town. The Justice Society of America, the renowned DC superhero squad, will make their first big-screen, live-action appearance in the film. Pierce Brosnan as Doctor Fate, Noah Centineo as Atom Smasher, Quintessa Swindell as Cyclone, and Aldis Hodge as Hawkman are among the superpowered team’s various lineups over the years

Is Black Adam evil or good?

Originally, he was a bad guy. And he appears to be leaning in that direction in the movie. However, because moviegoers adore The Rock, Warner Bros. may be considering giving him a discovery that transforms him into a decent guy. Is it reasonable to call him an antihero? People supported Tony Soprano while knowing he was doing awful things. 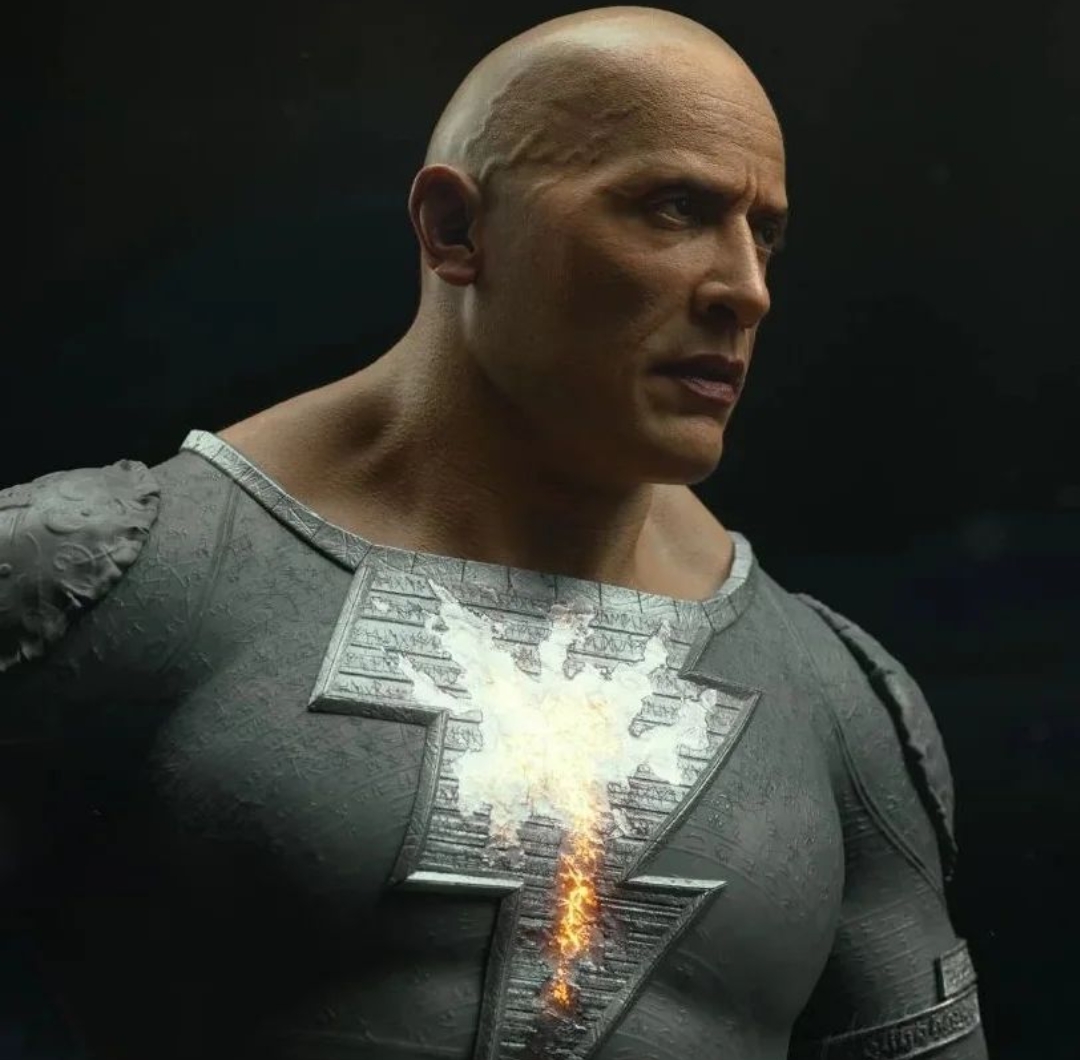 The trailer answers this question directly, saying, “There are both heroes and villains in this universe. People aren’t killed by heroes.” “Well, I do,” Black Adam responds.

Black Adam is most well-known for his role as a supervillain. He’s swung toward being more of an anti-hero in recent DC comic plots, though. When Black Adam is freed free from Theo Adam’s nature in JSA #21, he switches. After assisting the Justice Society of America in combating and defeating Sin-Eater, Black Adam is granted JSA membership.

Considering the endless records of Black Adam’s nasty and fatal activities, the character’s conventional perception remains that of a villain. Let’s take a look at his genesis tale and his feud with Shazam now

What kind of villain is Black Adam?

In the 1940s, the character first appeared in DC comic books as a power-hungry villain, before gradually developing into an anti-hero by the 2000s. “Black Adam is an ancient wielder of magic, both a hero and a villain over his thousands-years-long life,” according to DC Comics’ synopsis. He believes he is the best person to lead humanity and that he is the answer to the world’s problems, but he has allowed his power to corrupt him throughout his existence.”

Teth-Adam was corrupted by the power and became wicked. Teth-Adam, as a new extraordinary warrior, assassinated his pharaoh and ascended to the throne. Shazam renamed him Black Adam and exiled him to the universe’s farthest star.

Who can beat Black Adam?

The Justice League, the Teen Titans, and Black Adam’s former allies, the Justice Society, eventually banded together to defeat him. Black Adam’s path of destruction, driven by wrath and unconstrained by morals, testified to his actual degree of power. While there are several other beings in the DC Universe that are physically stronger than Black Adam, none can match his savagery, according to the Martian Manhunter J’onn J’onzz. After ruthlessly killing countless people and superheroes, J’onn was essential in stopping Adam. This death toll eventually surpassed that of the wicked Superboy-Prime, revealing Martian Manhunter’s prediction about Black Adam’s abilities to be horrifically correct.

Black Adam’s wife Isis and her brother Osiris were killed in the events leading up to World War III, driving the apparently redeemed but still vicious antihero to crack. Teth-inhibitions Adam’s were removed by this unexpected loss, even though his days of callously bothering Billy Batson had passed. As a result, the DC Universe was rocked by a rampage that claimed countless lives, as well as those of a few superheroes.

Read Also: Why Black Adam and Shazam Split Into Different Movie? All About The Movie Characters Revealed

What is Black Adam’s goal?

Black Adam believes he’s the best to lead humanity among other superheroes.