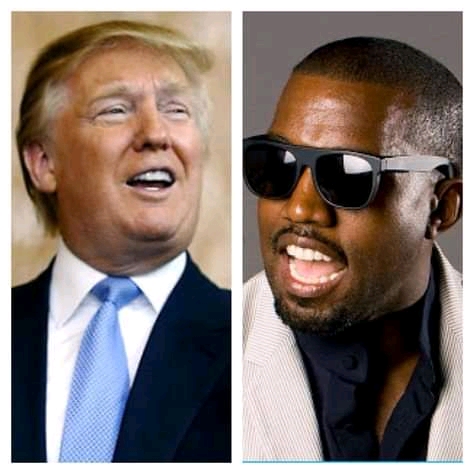 According to Radar Online, the guest list for Kanye’s mother’s house at Soldier Field was a little longer. He brought his MAGA pal Donald Trump along for the ride. According to Radar, Kanye reached out to Donald Trump’s camp to have the former President appear beside him and join DaBaby, Marilyn Manson, and Kim Kardashian in Chicago.

Kanye, according to another source, isn’t frightened of controversy, as evidenced by the appearances of DaBaby and Manson.

“Getting a former President to promote his new album would have been tremendous for Kanye, who was a strong Trump fan. Kanye believes that any publicity is good publicity.”

Kanye is said to enjoy pressing buttons, and more press stunts could be on the way in the coming days. According to Radar, Kim Kardashian was unaware of DaBaby and Manson’s arrival and was only supposed to close the performance in her wedding gown.

Kanye West’s DONDA is still doing well despite Trump’s absence. With 60 million plays in one day, the album was the most-streamed release on the service in 2021.

It’s also the third-highest total ever on Apple Music. According to Complex, the album topped the charts in 152 countries on Apple Music’s album charts, and it occupied 19 of the Top 20 slots on the Top 100 Global Songs chart.

DONDA streams exploded all over the internet, not only on Apple Music. Kanye West has over 94 million Spotify streams, which is the second-most of all time.

The record is expected to sell over 300,000 copies in its first week. According to HITS Daily Double, such statistics will help Kanye’s DONDA album debut at number one. Since Yeezus in 2013, this would be his best-selling album.