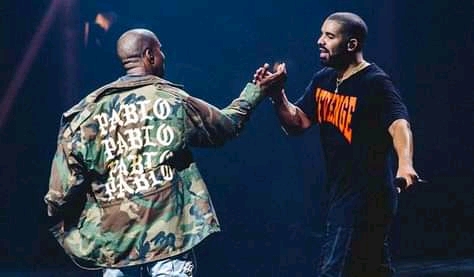 As the pair’s public feud continues, Kanye West has left music lovers speechless by posting Drake’s exact address online for all to see.

When Kim Kardashian’s ex went too far in the early hours of Monday morning, the feud between the rappers reached new heights.

Drake’s Instagram account tweeted a screenshot of his Toronto house number and street name, as well as its position on a map, via Apple.

Kanye has already removed the post, but not quickly enough, as many of his 7.3 million followers took the opportunity to have a look.

On Friday, Kanye ratcheted up the pressure by posting an image of Joaquin Phoenix’s Joker in the chat room before issuing a threat, which many believe was directed at rival Drake.

Drake raps in the song Betrayal, “All these fools I’m beefin’ that I barely know.” Let it go, forty-five, forty-four (burned out). You ain’t going to change a thing for me; it’s set in stone.”

That infuriated Kanye, who responded by revealing the megastar’s address on Monday morning.

Since 2017, the two artists have been at odds over supposed “diss” records and betrayal charges.

Their feud dates back to Kanye’s attack on Drake for rapping about his Yeezy footwear line and “trying to steal food out of your heroes’ children’s mouths.”

Both are nearing the completion of their albums, and their fans have been quick to respond to their newest round of jabs.