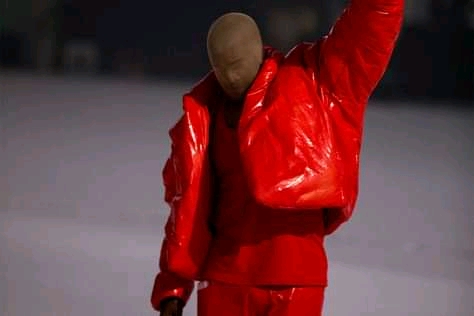 Kanye West shared an Instagram snapshot of the spartan rooms he’s residing in while finishing his latest album, “Donda,” at the Mercedes-Benz Stadium in Atlanta.

It’s a long way from the opulence with which the musician is usually associated.

A twin bed, a small wardrobe, and white-painted concrete walls make up the sparse room.

Last Thursday, Kanye West organized a listening party for “Donda” in the stadium, which drew roughly 42,000 fans. According to Page Six, Kanye West arrived two hours late and charged $50 for chicken tenders and $40 for a hot dog.

It was there that Kanye West stated he’d be staying at the stadium to finish the album.

“We’ve been able to satisfy his requirements while he’s with us,” a stadium representative told Insider, but it’s unclear where and if he’s showering.

Kanye West will get access to games and activities at the 71,000-seat complex if he stays in the stadium.

The rapper, kanye shared a video of himself in the stands during an Atlanta United soccer game on Monday.

Donda,” which is named after the artist’s mother, Donda West, was supposed to be released on July 23, but has been pushed back to August 6.

Lil Baby Calls Out Creeps Trying To Expose Him