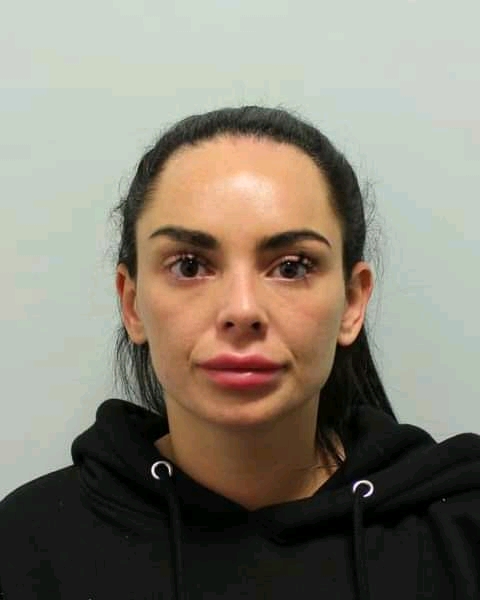 Kim Kardashian lookalike Tara Hanlon, who worked for a Leeds recruiting business, was sentenced to three years in prison.

The 30-year-old ‘party-loving’ woman, who got cosmetic surgery to imitate her idol Kim Kardashian, has been sentenced to nearly three years in prison for laundering £5 million.

The executive was sentenced to two years and ten months in prison. On her trip to Dubai in October 2020, she was stopped at Heathrow Airport with luggage full of £2 million in cash.

According to accounts, the cash, which was vacuum packed in five suitcases and sprinkled in ground coffee to mask the smell from sniffer dogs, was the largest single cash seizure at the border that year.

Hanlon pled not guilty to conspiring to transfer criminal property from England and Wales between July 13 and October 4 of last year, and the charge was dropped. However, she admitted to three counts of removing illicit property involving £1.4 million on July 14, £1.1 million on August 10, and £1 million on August 31 of last year. The defendant also admitted to attempting to flee the country with £1.9 million in illicit cash on the day she was caught.

‘My daughter died, and we lost another relative to cancer,’ Hanlon’s grandma added. Tara was devastated. It’s been a dreadful year.’

‘Tara wanted to appear like that Kardashian woman, so she had her lips done like her,’ her grandma, Mrs Downs, revealed.

Martin Shkreli purchased Wu-Tang’s album, which was sold by the US government