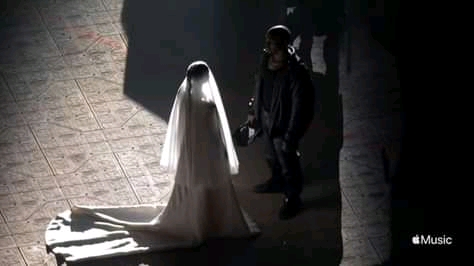 Kim Kardashian has fueled reunion rumors after sharing breathtaking photographs of herself in a bridal gown with estranged husband Kanye West during his Donda listening party.

On Thursday night, the Keeping Up With The Kardashians star attended Kanye West’s Donda listening party in Chicago, dressed in a Balenciaga bridal gown.

Kim and Kanye’s followers have speculated that they have reconnected due to social media posts and a replica of their wedding at the Donda event.

Kanye West recently held his third listening party for Donda, his tenth studio album, which is dedicated to his late mother.

Kardashian and West were married for seven years until divorcing in February 2021.