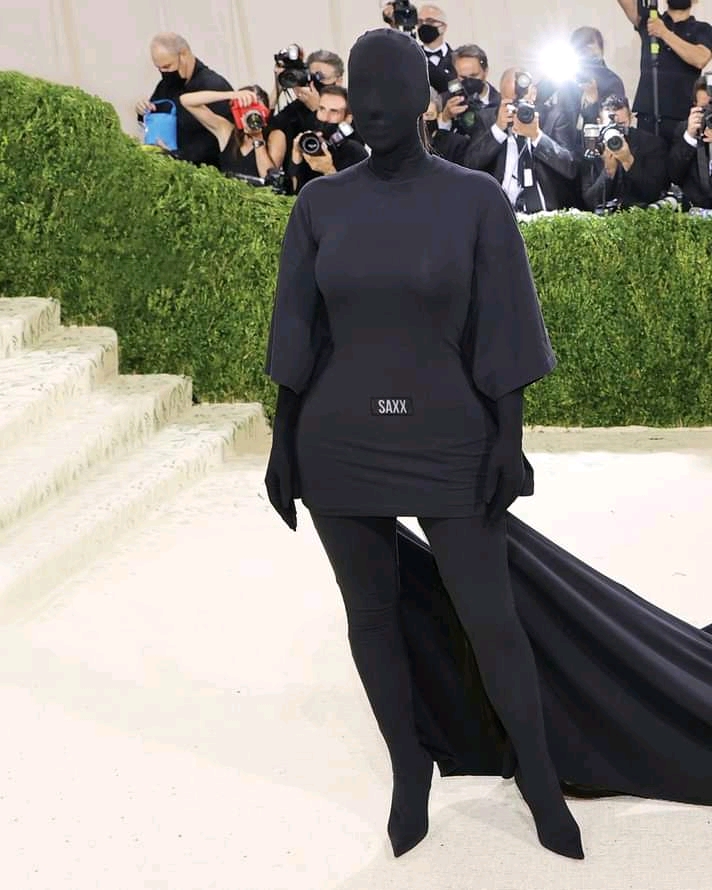 Kim Kardashian doesn’t mess around when it comes to the Met Gala, and she made her mark on one of the most important events in the fashion calendar on Monday night.

The 40-year-old Keeping Up With The Kardashians star sported a full Balenciaga costume with a strong futuristic feel that was developed by the fashion house’s creative director Demna Gvasalia and included a bodysuit with a black curve T-shirt underneath a T-shirt dress.

She completed the style with jersey boots, Pantaleggings, and a mask that covered her entire face, making it one of the most daring looks on a night of glitz and glam.

It resembled Kanye’s blacked-out cover for the release of his Donda album, and it was received with a massive criticism online, as one might expect.

The reality star’s attire was criticized on social media, with one thread comparing it to the Dementors from Harry Potter.

While some were supportive of Kim, others questioned what she was attempting to represent when the theme for this year’s gala was “American independence.”

As she uploaded a photo of herself on the red carpet at the Metropolitan Museum of Fine Arts, Kim responded to the critics, claiming that her invention couldn’t have made her “more American.”

“What’s more American than a T-shirt head to toe?” she asked her admirers and detractors.

Positive messages were among the dissenters, with one suggesting that this was a major fashion moment.

One fan wrote on Twitter: “It was Kim, everyone knew. It’s just right for her. It’s brilliant. The matte black contrasts beautifully with the glitz and flash bulbs of the night. This look may well be the subject of a cultural art history article.”

Kanye West, Kim’s estranged husband, was said to be the one who persuaded her to wear the unusual costume.