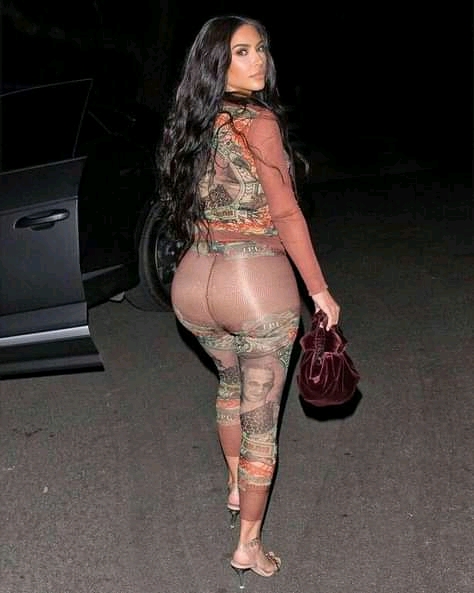 Kim Kardashian has a magnificent wardrobe, but animal rights activists are outraged by her huge animal skin purse.

While her dressed-down baggy pants, likely from ex-Yeexy West’s collection, and black tank top showed her fashion A-game when matched with a furry orange jacket, the reality TV star’s nude skinned crocodile purse did not go down well with people.

The purported Hermes Crocodiles skinned Burkin purse could be seen laying at her feet amid the carpeted plane’s interior as she posed with her typical pout from her posh plane seat.

She was previously seen wearing a Himalayan Nilo Crocodile Birkin, estimated to be worth £80,000.

‘The 30-centimeter diamond Himalayan Birkin is possibly the rarest and most desirable handbag in the world,’ Jane Finds, a Hermes collector, told Vogue in 2014.

Albino crocodiles are extremely rare, and the skill required to dye crocodile hide to such a degree is astronomical. The Himalaya is named after the snowy white shade of the bag.

Kim’s photo was captioned with a blowing kiss emoji, but her accessories didn’t get much love, with many people starting a #dropcroc campaign to condemn her use of the animal skinned bag.

“That bag is constructed out of at least 5 tortured crocodiles,” one user wrote. It’s a pity the creatures must suffer and die for something as insignificant as a bag.”

“Kim, that purse is terrible,” said another. Visit kindnessprojectorg to see how it was made. #dropcroc

“#dropcroc because it’s not okay to wear tormented wildlife as shoes, or anything else,” a third added.

“You are gorgeous, but please do not use fur or other ‘exotic’ skins,” one added, pleadingly. They are not fashionable; they are animal exploitation and cruelty. You’re a better person than that. “Thank you very much.”

Nicki Minaj Explains Why She Turned Down Doja Cat Collab