Lil Durk Kid Names And Their Mothers: How Many Kids And Baby Mothers Does Lil Durk Have

Lil Durk and India Royale, his girlfriend and mother of his child, have been dating on and off since 2017, but things are starting to look more serious as Lil Durk proposed to his baby mom on stage during a concert in their hometown of Chicago on December 19, 2021. Lil Durk has six children from five different women.

Lil Durk is a rapper from the United States who is the leader of the OTF (Only the Family) gang. Durk, who is currently signed to Def Jam Records, has been active in the music industry for about a decade and has collaborated with a number of artists in the United States.

On his journey to popularity, the Turn Myself In rapper has weathered various storms, including growing up without a father in a crime-ridden neighborhood and serving time in prison. Despite this, Lil Durk, now a parent, is adamant on being there for his children and sharing all of their precious moments with them. Below, learn everything there is to know about the rapper’s baby Mama and his children.

Who is Lil Durk? 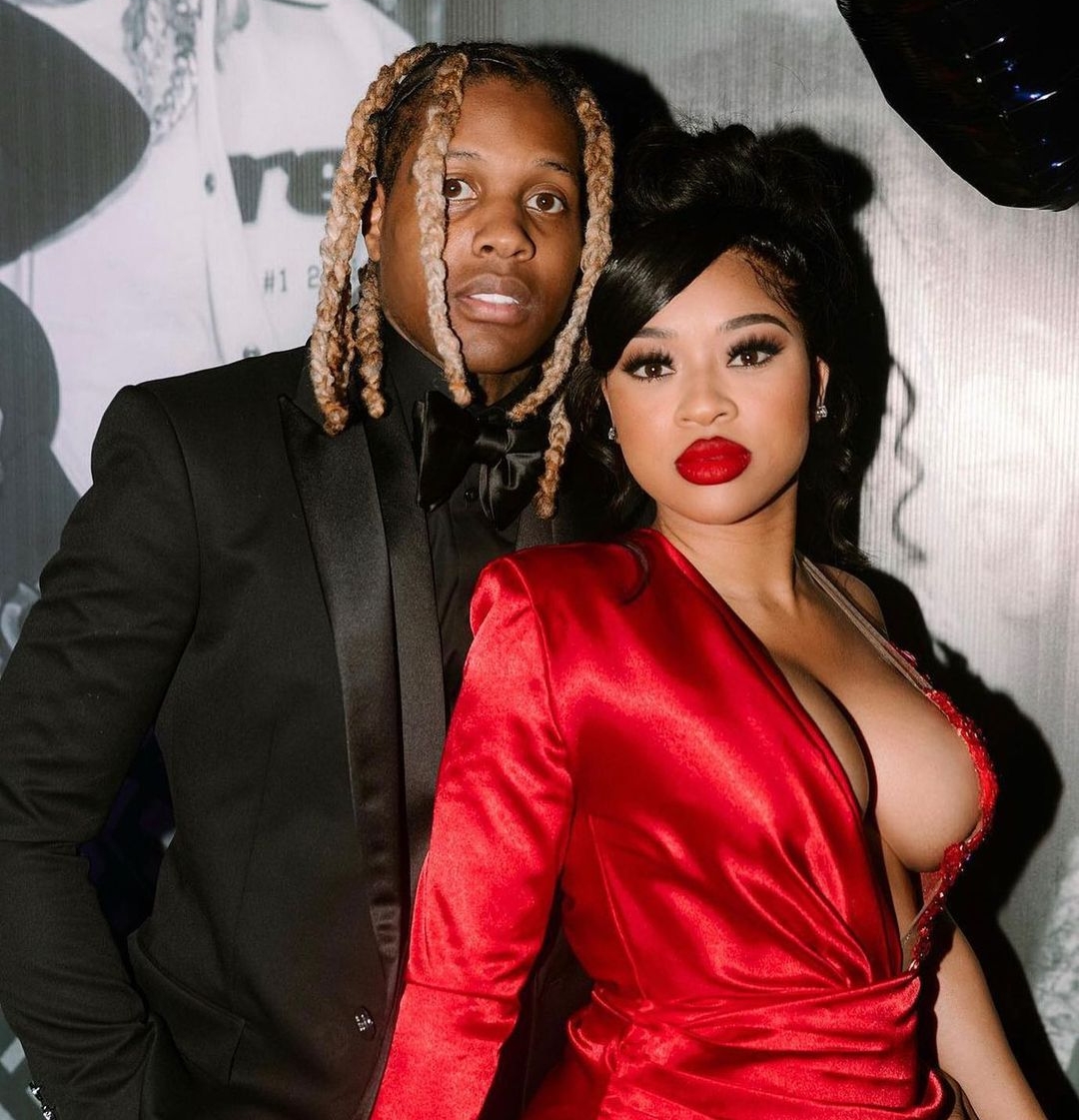 Lil Durk was born on October 19, 1992, in Englewood, Illinois, on the south side of Chicago. He had a difficult time growing up. When he was 7 months old, his father was imprisoned. When there was no food to eat, Lil Durk remembered it.

Despite his difficulties, Lil Durk was able to obtain fame through social media platforms such as Myspace and YouTube. As a result of his raps, he earned more fans. Lil Durk was unable to complete his education at Paul Robeson High School. He dropped out of high school and joined the “Black Disciples,” a Chicago-based street gang. He suffered legal issues as a result of his gang membership.

Lil Durk took his music career seriously in 2011. He began his career as a full-time rapper, releasing the singles “Sneak Dissin'” and “I’ma Hitta.” Following the success of these two singles, he released his third mixtape, “Life Ain’t No Joke,” on October 19, 2012. In December of the same year, he released another song, “L’s Anthem,” which featured French Montana.

Who is Lil Durk married to?

Lil Durk married Nicole Covone, his longtime girlfriend, first. They divorced after the birth of their daughter, Bella. In December 2021, he proposed to India Royale, and they have a child together. Durk proposed to his girlfriend during a concert at Chicago’s United Center. They haven’t officially married yet.

India Royale is a well-known Instagram influencer who was born in the United States on March 9th, 1995. Her Instagram account, @indiaroyale, is known for posting selfies, family, and lifestyle images. She has 2.5 million followers on the platform so far.

You now have a better understanding of Lil Durk’s children. Six children have been born to the famous American singer and songwriter.

How many kids does Lil Durk have?

Lil Durk has six children, the first of whom he fathered at the age of 17.

Among his children are: 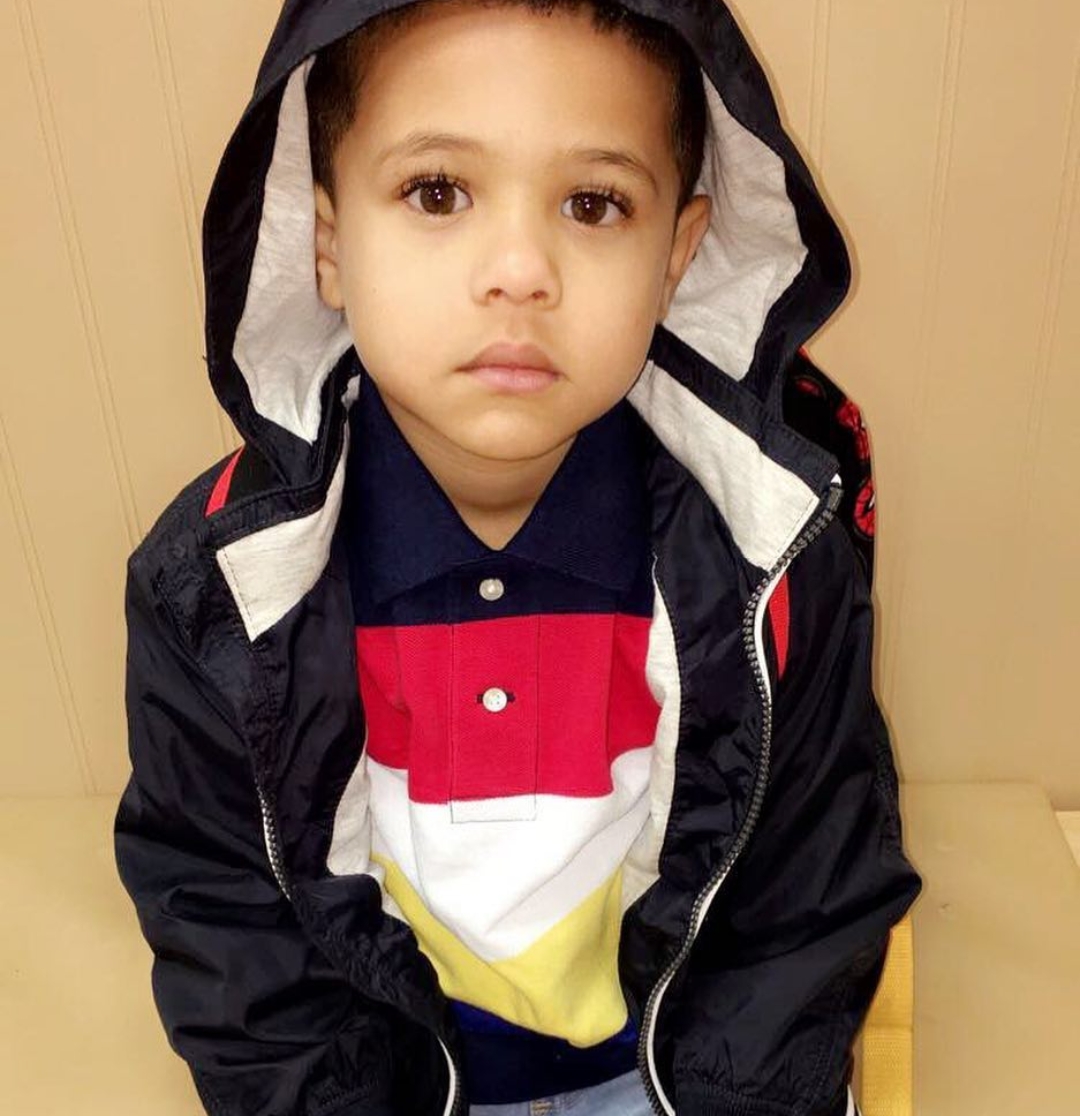 They had their first child together, Angelo Banks, in 2011. 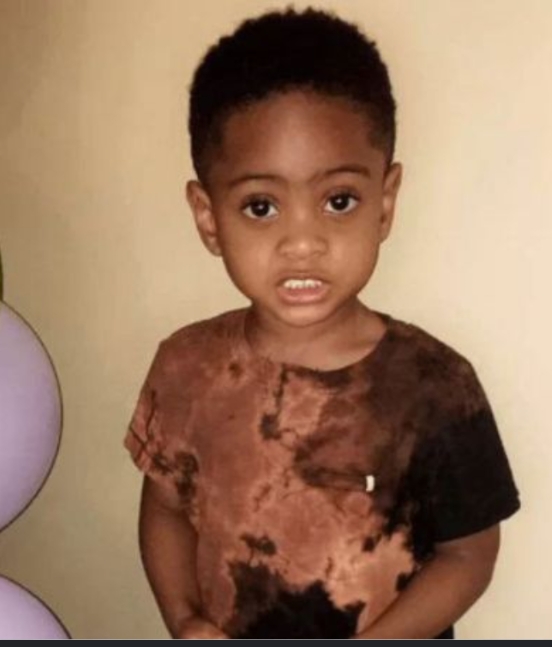 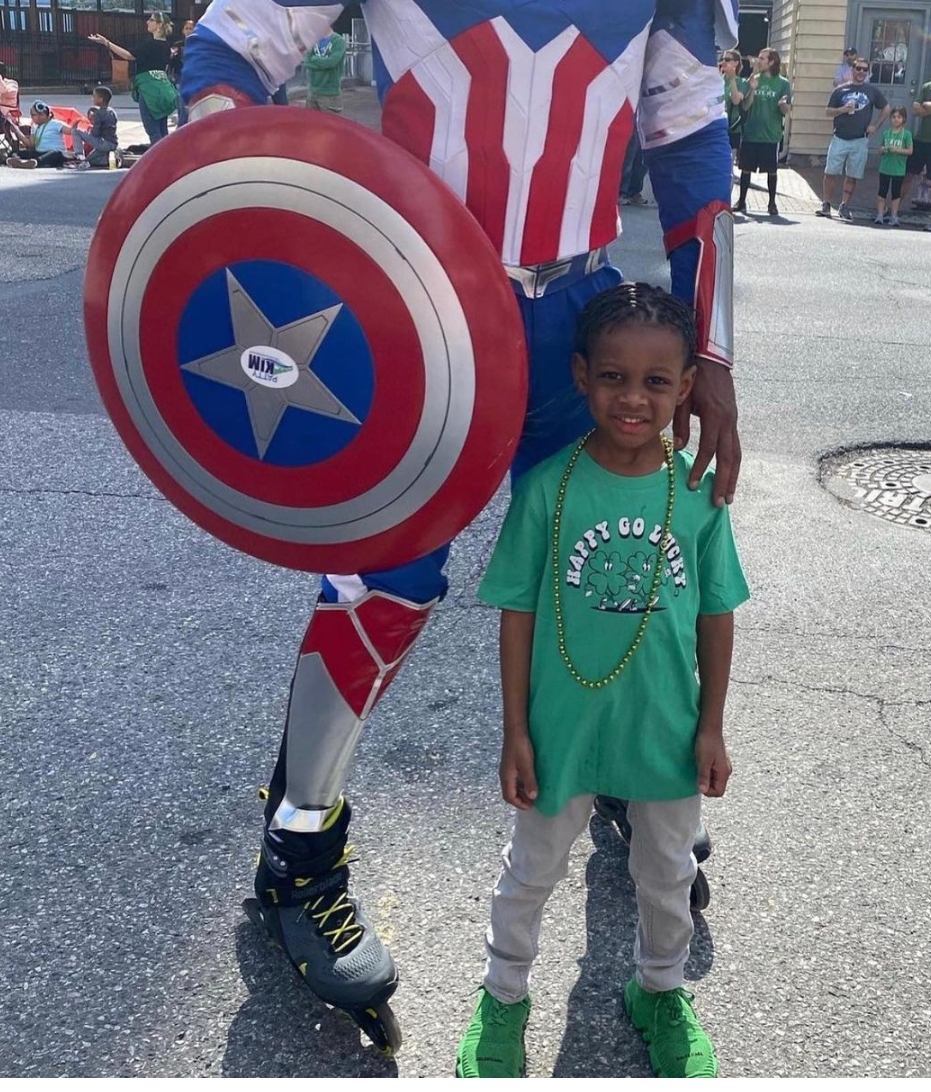 Durk also revealed he had fathered a fourth child, Du’mier Banks, in 2014.

It is not known who Du’mier’s mother is. 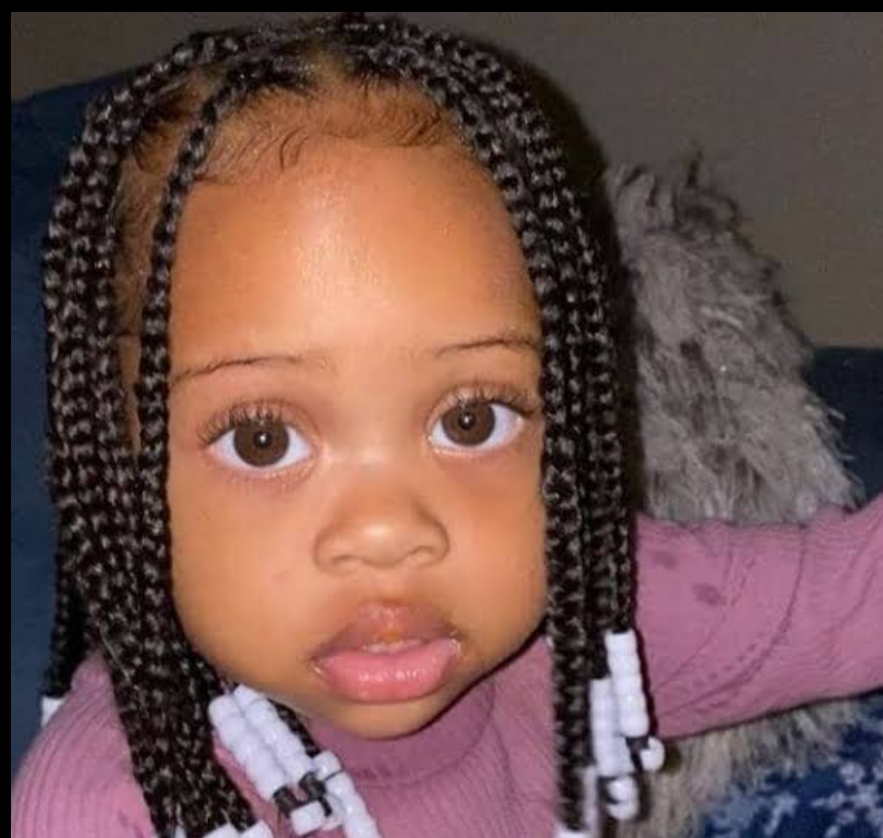 Durk is also the father of Skyler Banks.

It is thought that Tameka Kute is Skyler’s mother.

Lil Durk began dating India Royale in 2017, engaged to her in September 2018, and welcomed Willow Banks, his sixth kid, the following month.

India, who has a seven-year-old daughter from a previous relationship, announced Willow’s birthdate on Instagram in 2020.

“Happy 2nd Birthday to my twin, my privileged little sour patch kid, Willow Pillow,” she captioned a photo of her daughter. Chile had three hands full, which I expected.

“I knew God wasn’t going to let me off that easily because my firstborn was too sweet.” “Besties 4Life, my twin shawty.”

How Many Babymamas Does Lil Durk Have?

Lil Durk is the father of over six children. In 2008, Durk began dating Nicole Covone. Angelo Banks, their first kid, was born in 2011 when he was only 17 years old. Three of Lil Durk’s baby moms have remained anonymous. Tameka Kute is the mother of his fifth child, Skyler Banks.

Durk began dating India Royale in 2017. In October 2018, India gave birth to Durk’s sixth child, Willow Banks. He is still expecting his seventh kid, and a party has already been planned to celebrate her arrival.

Lil Durk has built a name for himself in the American music industry as a rapper and is now a force to be reckoned with. His rise to stardom, however, began in Englewood, a community on Chicago’s South Side that is widely known as “murder capital.”

Despite its reputation, the city has also produced notable musicians such as Jennifer Hudson, Lil Reese, Famous Dex, Mavis Staples, and Fredo Santana. Durk Banks was his birth name when he was born on October 19, 1992.

He had been exposed to the reality of life in the crime-ridden city from infancy. Durk’s father, Dontay Banks, Sr., was imprisoned when he was just seven years old. His mother, a nurse, reared him and his siblings, three sisters and a brother named Dontay Banks Jr. (a.k.a D’thang).

Lil Durk and his brother, who was also a rapper, joined the Black Disciples gang. Dontay Jr. was tragically assassinated in a gang operation in 2011. After 25 years in prison, his father, whom he referred to as Big Durk, was released in February 2019.

Durk grew up without the benefit of having a father who could provide for him. As a result, he found himself responsible for a number of family demands that were far greater than his own.

While it was a difficult period for him, he stated that it has made him evaluate every move and decision he makes, particularly after he began having children of his own. Lil Durk had his first child at the age of 18.

Despite having already served time in prison for gun-related offenses, he stated that he does not want his children to go through what he did. As a result, Lil Durk will avoid doing anything that will take him away from his children. He also wants his children to have all of the times he didn’t get to experience.

Durk dropped out of school after the birth of his child to help support his child. In 2011, he started his music career around the same time.

His music career began when he signed with Chief Keef’s company, formerly known as Glory Boyz Entertainment, a Chicago rapper.

Despite the fact that he has been around for a while, Lil Durk’s career only began to get traction after the release of his smash singles Sneak Dissing and /’ ma Hitta, which helped to put him on the musical map.

Durk also attributes his rise to fame to social media platforms such as MySpace and YouTube. His rapidly growing fan base inspired him to do more.

In 2012, he released the mixtape Life Ain’t No Joke, and his follow-up single Dis Aint What You Want earned him a joint venture deal with OTF and Def Jam Recordings. Remember My Name, his debut studio album, debuted at number 14 on the Billboard 200 in 2015.

Lil Durk has four studio albums, twelve mixtapes, two compilation albums, and twelve singles in his repertoire. Durk can comfortably cater to the needs of his children, while still enjoying the moments with them, thanks to his projected net worth of $3 million and a burgeoning music career.

India, Lil Durk’s girlfriend, has revealed that her lover was “obsessed” with her while she was pregnant and has previously stated that he wants another child.

“My next two children will be born back to back. Then I’m finished, “She sent out a tweet.

The rapper previously told India that he was eager to receive a son because he and her already have a daughter.

Who is Lil Durk Dating Now?

In early 2016, the rapper was supposed to be dating fellow rapper Dej Loaf, although the claim has since been discredited. He established a relationship with India Royale in 2017. One of his 2018 tracks, India, is a love ballad dedicated to her. On YouTube, the song has over 33 million views and has generated a sequel titled India Part II.

Lil Durk proposed to India in September 2018, two months before Willow Banks was born, according to reports. A month after their daughter was born, the couple reportedly married in a private ceremony.

The delighted father of six children adores his children and is grateful for his expanding family. He makes an effort to establish positive ties with all of his children. Keep a look out for Lil Durk and his growing family, as he has four (4) children to make up his ideal number.