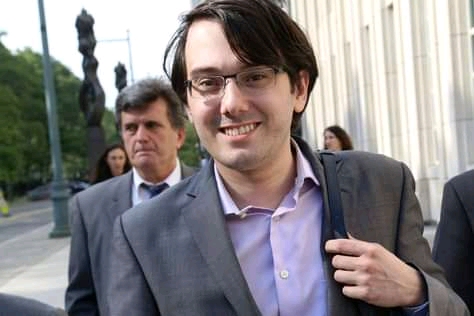 Martin Shkreli, the now-disgraced pharmaceutical executive, rose to prominence in 2015 after his business, Turing Pharmaceuticals, inflated the price of a medicine by 5,000 percent. Daraprim, a 62-year-old medication, was used to treat a parasitic infection. The medicine was originally priced at $13.50 each pill, but Shrkeli raised it to $750 per tablet.

Former President Donald J. Trump compared Shkreli to a “spoiled brat” because of his controversies.

Martin Shkreli paid $2 million for the Wu-Tang Clan’s renowned copy of “The Wu – Once Upon a Time in Shaolin” at an auction.

Cilvaringz “under the guidance” of RZA produced the 31-track album, which was contained in a hand-carved nickel-silver box made by British-Moroccan artist Yahya.

The manifesto of the project’s website reads, “The intrinsic worth of music has been reduced to zero.” “The exclusivity of contemporary art makes it worth millions. The CD is a work of art in its own right.”

The government seized the exclusive album in 2018, after a judge ruled that it may be used to pay off part of Martin Shkreli’s $7.36 million government debt.

The album’s sale was revealed in a news release by Jacquelyn M. Kasulis, the acting US attorney for the Eastern District of New York. Due to the terms of the sale, the US government has agreed to keep the amount and the buyer confidential.

Federal prosecutors did not say who bought the Wu-Tang music or how much it cost.

Related Topics:Martin shkreli
Up Next