Megan Jovan Ruth Pete, also known as Megan Thee Stallion is a talented American rapper who started just freestyling on social media, in videos of her rap on YouTube and Instagram, before being discovered in 2018 by 1501 Certified Entertainment which signed her when she was just 20 years old.

Fast forward to today, she is one of the hottest rappers in the United States, who has released Billboard-topping rap music including Fever(2012) and Suga(2020).

She has won multiple music awards, which includes becoming the second female rapper to have won the Best New Artist, following Lauryn Hills, who won the title for the first time in 1999.

On 1995, February 15, Megan There Stallion was born to Mr. Joseph Pete and Mrs. Thomas Holly in San Antonio, Texas. 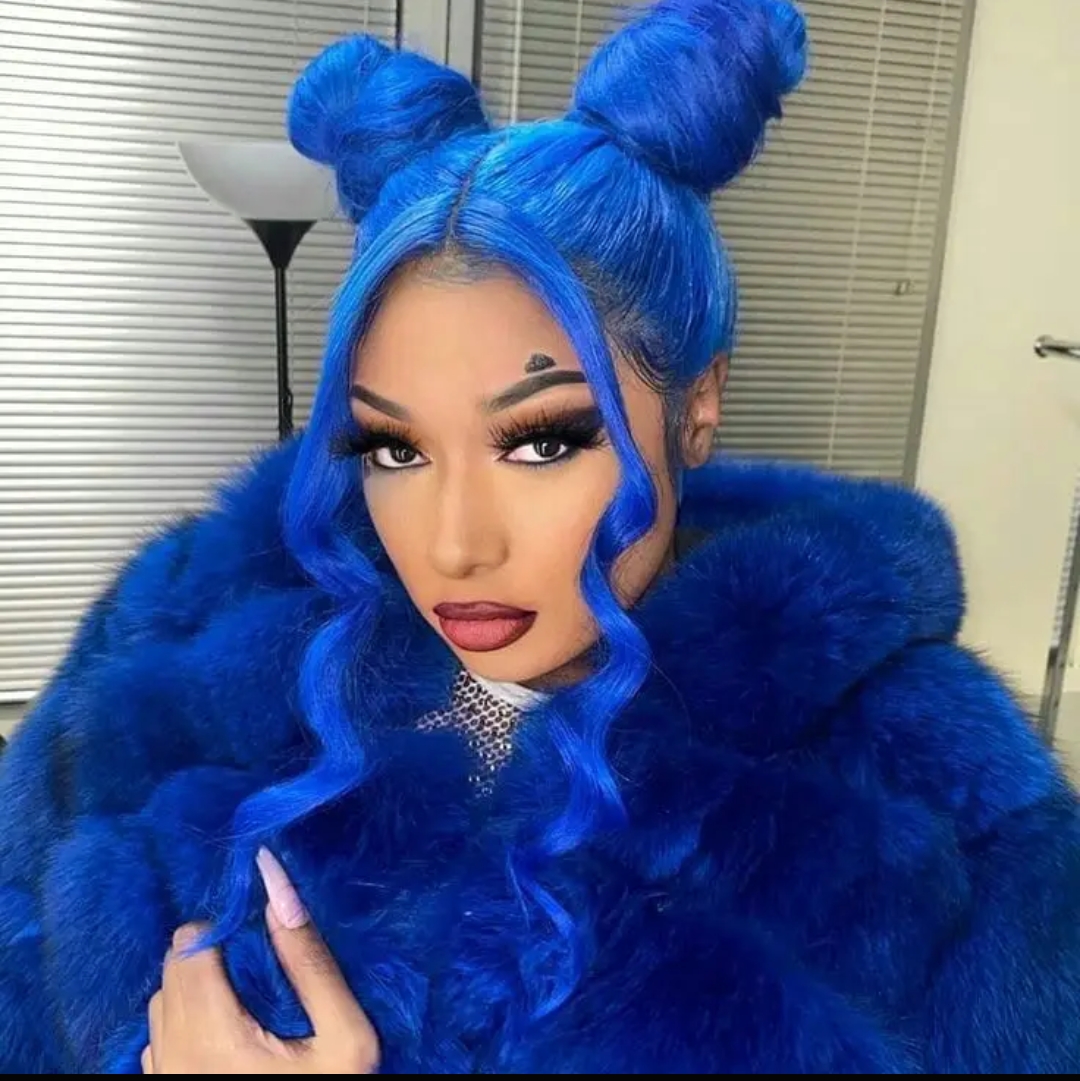 Immediately after her birth, her family moved to Houston. Her Mother Mrs. Thomas Holly used to be a rap performer under the rap name “Holly-Wood”. So when Megan was young, her mother would take her to the studio, where she recorded her rapping sessions instead of typically putting Megan in a Day Care.

Following her mother to the studio from a very young age, Megan Stallion would soon pick up on the rapping skill, discovered she liked it so much and started writing own raps at the age of 14.

Megan Thee Stallion in College – The Rise to Fame

Where Did Megan Thee Stallion Go For College?

After graduating from Pearland High school in 2013, Megan was admitted to Prairie View A & M University, where she studied Health Administration. It was in college that Megan started showcasing her tap talent publicly online. 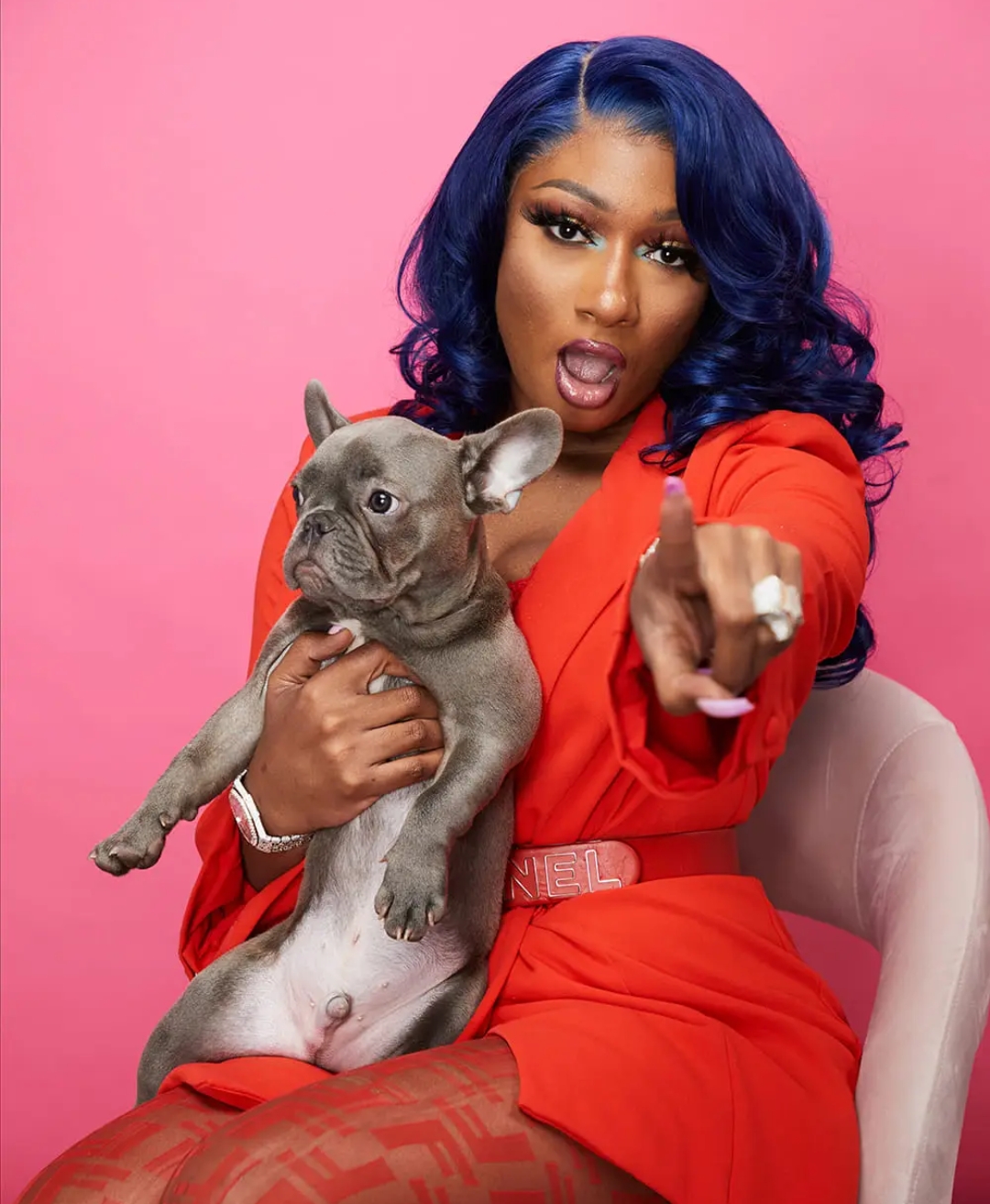 Megan Thee Stallion in red clothes while holding a dog

She uploaded various videos of herself on social media freestyling raps. It was in in with her cypher competition clips where she was seen battling with a male rapper opponent, which went viral, that made her popular online, garnering her massive hyperactive fan base.

This was the beginning of her success story.

Her fame started to spike after began sharing clips of her freestyle raps on her Instagram page. Although she took some time off school, Megan returned to continue her studied on Health Administration in Texas southern university. In 2021, she graduated from the university with a Bachelor of Science degree in Health Administration.

Being one of the most talented rappers in the US, Megan Thee Stallion has made a name for herself creating high class music for her raving “ hyperactive fans”, topping Billboard with viral hot singles.

Megan Thee Stallion with no make up

What Happened To The Parents Of Megan Thee Stallion

Unfortunately, the parents of Megan are no more. During the first 8 years of her life, Megan’s father was in jail. But when he was released, the duo bonded very well, going out together almost everyday.

However, during her freshman days in high school, when she was just 15, Megan’s father passed out due to some undisclosed reasons.

Megan has been rumored to be in several romantic relationships with different me, however, she denied all claims except two. In 2019 May, Megan started dating rapper Moneybagg Yo. Unfortunately, the relationship would not last long as Megan was observed deleting all her Instagram photos with Yo, claiming to be single in November 2019.

Currently, she is in another relationship with a rapper, Pardison Fontaine. The couple started their relationship in October 2020. Although there have been rumors of the duo breaking up, which she has all debunked.

Her relationship with Pardi seems to have lasted as the two lovers celebrate Valentine’s Day together in 2022.

While growing up, many folks like to call Megan a stallion, because of her stature. She is described to be tall (5’10” or 178m) and very beautiful with a thick body frame.

Why Does Megan Thee Stallion Call Herself, Tina Snow

One of the most iconic names picked by Megan Stallion was “Tina Snow”. According to her, the name was inspired by her – in her own words – “ biggest musical influences”, a fellow rapper known as Pimp C.

Pimp C’s alter ego, Tina Snow, inspired Megan to pick the name. She so loved the name that she even once made it her official social handle on Twitter and Instagram.

Megan There Stallion is not just a talented tapped rapper. She is a winner and an inspiration to many.

After all, the setback she faced, as a result of her parent’s death, she still focused – Lion Faced – on her dreams. Today, she is multiple award-winning rapper, with more than 47 awards won and over 113 nominations. Even at that, the Houston Hottie is yet to start.