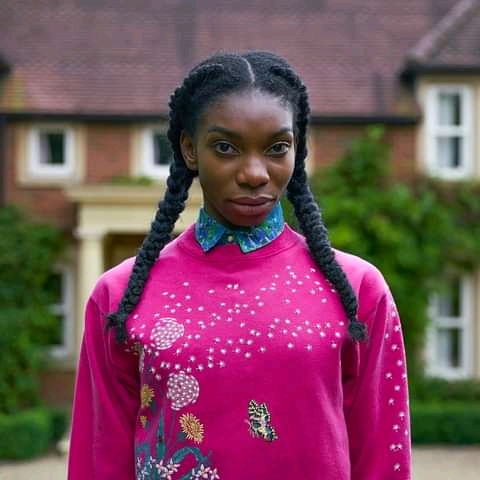 Variety claims that actor Michaela Coel will join the Marvel Cinematic Universe as part of Black Panther: Wakanda Forever. Because the film is still under development, few facts are available, including the name and description of the character Coel will portray.

Black Panther, which was released in 2018, grossed $1.3 billion globally, making it one of the most popular films ever. When star Chadwick Boseman died in August of last year after a long battle with colon cancer, a sequel was already in the works.

Marvel Studios has since confirmed that Chadwick Boseman’s character, King T’Challa, will not be recast. Boseman’s “portrayal of T’Challa, the Black Panther, is iconic and transcends any iteration of the character in any other media,” Marvel Studios president Kevin Feige said in December. As a result, we are not going to replace the character.

“However, we want to continue to explore the world of Wakanda and all of the rich and varied individuals introduced in the first film to commemorate the legacy that Chad helped us construct through his portrayal of the country of Wakanda.”

The picture is presently in development in Atlanta, and Marvel Studios stated this spring that Black Panther: Wakanda Forever will still be released next summer, on July 8, 2022, with new cast members including God of War and Stargate SG-1 star Christopher Judge.

Khalid Accepts the ‘New Normal’ and Reveals His Third Album, ‘Everything Is Changing’

Kanye West is said to have a ‘Holy Trinity’ of reasons for wanting to patch things up with Kim Kardashian.

“He names the reasons for getting back Kim ‘The Holy Trinity,'” according to a source close to the rapper, who revealed their insights during an interview with The Post.

The source went on to explain to the interviewer all of the reasons, saying, “He isn’t sure whether any other woman will be able to put up with him.”

“He’s a lot — and Kim is used to it all, so he doesn’t need to explain anything to her.” She understands how to put up with him when he’s having a bad day.”

“The second reason is the children,” and the third and last reason is that “he does not want to divorce as a religious person.”

But that’s not all; before ending, the insider also confessed that one of his main motivators is his image. “[Kardashian] looks fantastic next to him,” he says.

Drake is the reigning Spotify king.

Drake’s streaming numbers are still breaking records. Because of his recent album, “Certified Lover Boy,” the Toronto native is the most popular rapper on Spotify this year, according to Spotify.

Adele mentioned that one of her greatest assets is her friendship with Drake.

The late Juice WRLD, who finishes off the list at Number 10, is the only other rapper on the list.

This comes on the heels of the revelation that Drake and Ye would perform at the Los Angeles Coliseum on December 9 for a free Larry Hoover benefit concert.

On social media, let us know what you think.

50 Cent apologises to Madonna : ‘I did not intend to hurt your feelings’

50 Cent, an American rapper, is remorseful for insulting Madonna, a fellow musician.

On Thursday, the 46-year-old rapper apologized on Twitter for insulting the 63-year-Thanksgiving old’s provocative images.

“I must have offended Madonna because she dredged up an old MTV photo from 2003,” he began.

“Okay, I apologize for hurting your sentiments.

I’m not getting anything out of this; I just said what I thought when I saw the picture because of where I’d seen it before; I hope you accept my apologies “He went on to say that one of Madonna’s photos reminded him of a photo of the Wicked Witch of the East’s legs under Dorothy’s house in The Wizard of Oz.

Madonna expressed her displeasure with 50 Cent’s comments regarding her explicit photos, prompting the rapper to apologize.