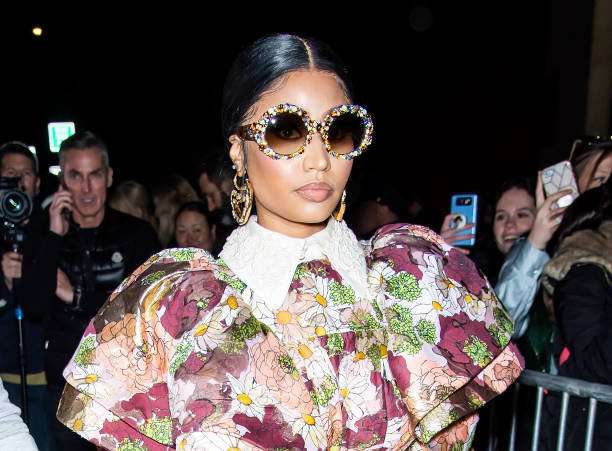 Nicki Minaj has spoken out about why she and her husband, Kenneth Petty, did not react to a harassment complaint filed against them.

The rapper claims that her failure to formally react to the complaint in a timely manner was a “innocent error” in legal documents obtained by Complex.

Jennifer Hough, who was allegedly raped by Petty, sued the pair in August for claimed harassment and intimidation methods, alleging that one of Minaj’s colleagues offered her a $20,000 bribe to withdraw her rape claims. In 1995, Petty was found guilty of first-degree attempted rape and was forced to register as a sex offender.

Tyrone Blackburn, Hough’s lawyer, said last week that the deadline for Minaj and Petty to respond formally to the case had passed. On Sept. 22, Minaj was sent to an attorney called Judd Burstein. Minaj assumed Burstein had accepted to represent her after conversing on Zoom the next day, but he was not legally retained until later.

“My inability to respond to the complaint was the result of an honest error, and I beg the court to forgive the delay so that I can defend what I perceive to be an absolutely frivolous lawsuit launched against me by [Blackburn’s] attorney in an attempt to acquire attention for himself,” she added.

Minaj further denied that a copy of the summons and complaint was served on her husband. The court paperwork were served on a “Black male, 40 years old, 200 pounds,” with black hair and brown eyes, according to the process server.

In the paperwork, Minaj stated, “In truth, my husband is roughly 5’9″ tall and weighs no more than 175 pounds.” “Furthermore, no one who lives in our residence or was present on September 15, 2021, meets the description given in the affidavit of service.”

Burstein is seeking a motion to dismiss the new complaint, describing Nicki as the “proverbial “deep pocket.”

Related Topics:Nicki Minaj
Up Next