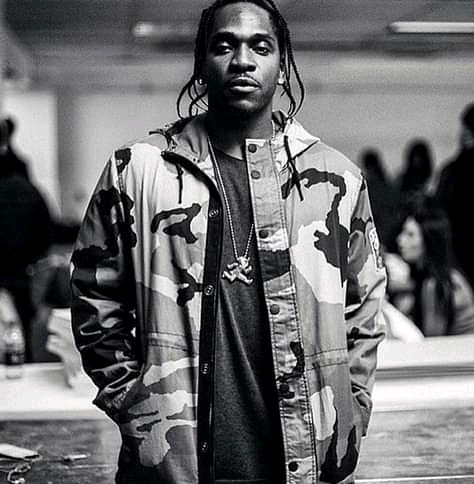 Pusha T inserted himself into Drake and Kanye West’s rekindled feud by “liking” a tweet claiming that Certified Lover Boy’s streaming numbers are declining while DONDA’s are rising.

Drake’s first-day streaming were 153.4 million, compared to 94.5 million for DONDA, according to the tweet. Kanye reportedly witnessed a boost in streams on the second day, with 102.1 million compared to Drake’s 89.9 million.

The tweet, which garnered a “like” from Pusha, reads, “I expected this.” “I predicted Drake’s first day would be tremendous due to the element of surprise, and then it would just drop. Donda, who was heard in full three weeks before the album was released, is still racking up the numbers and is just becoming bigger in streaming. crazy!”

A post shared by The Neighborhood Talk, LLC (@theneighborhoodtalk)

This comes after Drake’s verse on Trippie Redd’s “Betrayal” appeared to be directed at Kanye West and Pusha T. He raps, “All these fools I’m beefin’ that I barely know.” “Let it go, 45, 44 (burned out) / You ain’t changin’ nothing for me, it’s set in stone.”

Pusha’s verse on Pop Smoke’s “Tell the Vision,” which features the lyrics “The crown is reserved for the king and they tryna place it on a clown,” exacerbated their years-long feud.

DONDA debuted at No. 1 on the Billboard 200, selling 309,000 equivalent album units in its first week, the most of any album this year. Next week, Drake’s Certified Lover Boy is likely to dethrone DONDA at the top of the rankings.

CLB set new records for the most single-day streams on Apple Music and Spotify.

Related Topics:Pusha T
Up Next