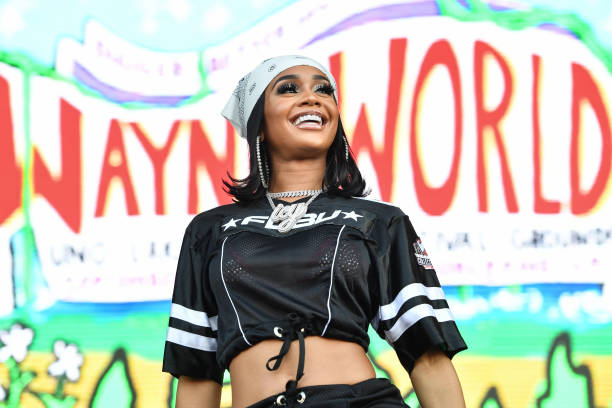 Saweetie may have met her match.

According to a new report, the “Icy Chain” rapper is hanging out with Lil Baby.

The two recently went shopping in New York, where Baby spent about $100,000 on Saweetie at Chanel, according to Hollywood Unlocked. According to a source, the store’s security tape shows Baby and Saweetie together.

Last week, Saweetie was in New York for “SNL” and Powerhouse, both of which included Lil Baby.

“It’s unclear whether the two are dating,” the person said.

Prior to their supposed romance, Saweetie revealed that she was unmarried and expressed her desire to become a mother.

Last week, she told Power 105.1, “I want a baby.” “I don’t have a husband… I’m simply getting ready. I’m getting older and want to start a family. I want to yank that sh*t out of there and snap back.”

Saweetie was previously linked to Quavo, but the two broke up in March. Jayda Cheaves, the mother of Lil Baby’s child, has been in an on-again, off-again relationship with him, and she reacted to the report by “liking” the headline on Instagram.

Saweetie has a lot to be happy about. She received her first two Grammy nominations for “Best Friend” earlier this week, for Best New Artist and Best Rap Song.

“I’m at a loss for words.” She wrote, “I wish I had the words to convey how I feel, but I’m simply so grateful!!!” “Being recognized for all of the hard work my team and I have put in feels AMAZINNNNNG!! Thank you #TeamIcy for sticking with me through thick and thin, y’all some true ride or dies IKDR!!”