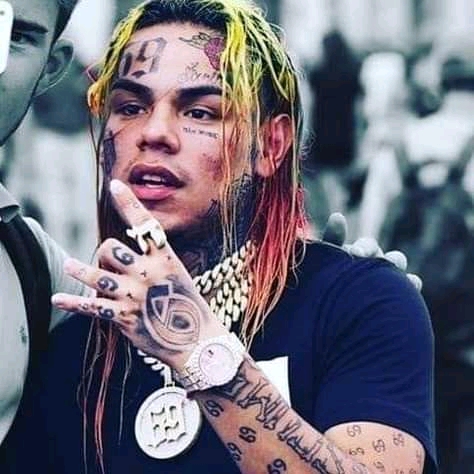 The most infamous villain in hip-hop is back in the spotlight. Tekashi 69 is accused of stealing the name of a Japanese tattoo artist and falsely accusing him of being a heroin addict!

The man who gave him his famed moniker is suing Tekashi 69.

The Brooklyn rapper has stated on record that he got his moniker from Takashi Matsuba, a Japanese tattoo artist.

However, in a Showtime interview, he revealed that his namesake was a heroin addict – how great is that?
On so many levels, it’s clearly incorrect.
First and foremost, heroin is a harmful substance for kids.

Second, the real Takashi claims that he is not on the horse and is suing everyone who has “created confusion and the false idea that” the two were ever cool.

“[Defendant Hernandez] is a convicted violent felon who has done time in jail, and on information and belief, he was also convicted of sexual misconduct with a minor,” Takashi writes.

According to the lawsuit, “this action also advances a claim for defamation arising from the defendants’ creating and broadcasting the utterly false and defamatory assertion that plaintiff is a heroin addict.”

“There was this tattoo artist named Takashi from our neighborhood,” the “GOOBA” rapper adds during a scenario in which he shares his experience. He was also a heroin addict. To produce, he used heroin. He did it to immerse himself in his own tiny universe. He did it because he wanted to be himself. And it was from there that I earned the moniker Tekashi. And that’s the kind of person I am.”

Takashi denies this, claiming that his relationship with the rapper has made it difficult for him to find work.

“Tattooing necessitates the use of needles, and heroin is associated in the public consciousness with hypodermic needles,” his counsel said.

The artist is requesting assistance in restoring his good name and reputation.

He’s asked Showtime to edit the footage, and Hulu, which made a documentary about the rainbow-haired artist called 69: The Saga of Danny Hernandez, will do the same.

TEKASHI 6IX9INE GETS ANOTHER JAB FROM BLUEFACE