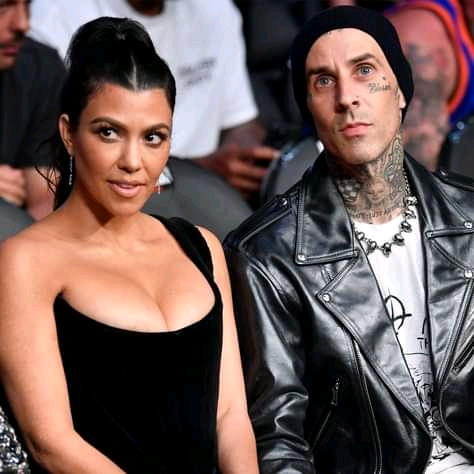 Travis Barker had a historic day… he flew for the first time in 13 years, following a deadly plane crash that killed four people and left him with third-degree burns covering 65 percent of his body.

Travis with his girlfriend Kourtney Kardashian boarded a plane in Los Angeles on Saturday, and it had to be a scary experience for the Blink-182 drummer, who had vowed never to fly again following the tragedy that killed two close friends, Charles “Che” Still and Chris Baker, as well as the two pilots. DJ AM survived the crash but died of an overdose a year later.

Travis was naturally hesitant; he and Kourtney were on their way to Cabo with Kris Jenner and Cory Gamble, but Travis was an hour late. It’s unclear whether he was simply delayed or had second thoughts, but it had to be excruciating for him.

Travis had been afraid of flying for years before the tragedy, and just before boarding the ill-fated plane, he called his father and said he had a bad feeling about the travel. Although he previously stated that he would never fly again, he has now changed his stance and stated that he may give it another shot.

Travis underwent many operations and skin grafts, and he spent months in a burn hospital in excruciating pain. Getting back on a plane must have been excruciatingly emotional and, to be honest, terrifying.

On Kylie’s private jet, he did so, and the group flew to Mexico for a vacation.

Everything went smoothly, and they’re now safely settled in Cabo.