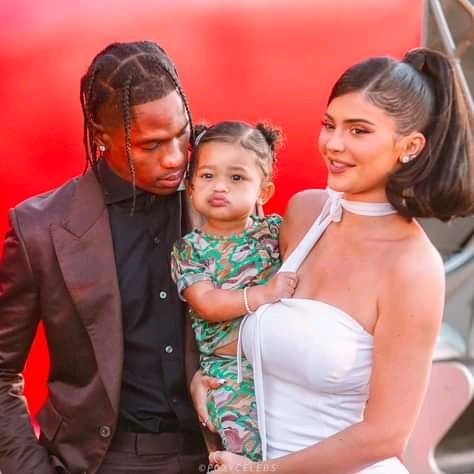 Thanks to a surprise gift from her adoring father Travis Scott, Kylie Jenner’s kid is living out her wildest school bus fantasies.

Stormi, who is three years old, is currently obsessed with riding yellow school buses, so her father made sure that his little child had the opportunity to do so this week.

Kylie shared her daughter’s amazement when a traditional school bus arrived at their house on Instagram Story on Wednesday.

‘All Stormi has been raving about is riding a huge yellow bus,’ the 24-year-old said with a snap of her cute toddler adoring the large yellow vehicle. Daddy had a pleasant surprise for her.’

Stormi appeared to be standing in the aisle of the empty bus, taking in the enormous vehicle and all of its grandeur in the following snap.

The adorable photos were published only days after rumors that Kylie was expecting a second child went viral.

Caitlyn, 71, made the remark during a visit to The Toy Store in Quincy, Northern California, on Thursday, during California’s gubernatorial recall election.

‘I keep telling the girls — they’re not too excited about this, but — I want to go for 30,’ the Keeping Up With The Kardashians star said before boasting about her 18 grandchildren. There are thirty grandchildren. It’s a round figure.

Kylie and Travis are yet to learn the gender of their child, as well as the star’s due date.

After keeping her first pregnancy a secret, Kylie’s fans will know not to expect confirmation of this one.