Who Killed Young Dolph And Where Young Died

According to the Shelby County Sheriff’s Office, a guy accused of killing Memphis musician Young Dolph was involved in an incident at 201 Poplar. 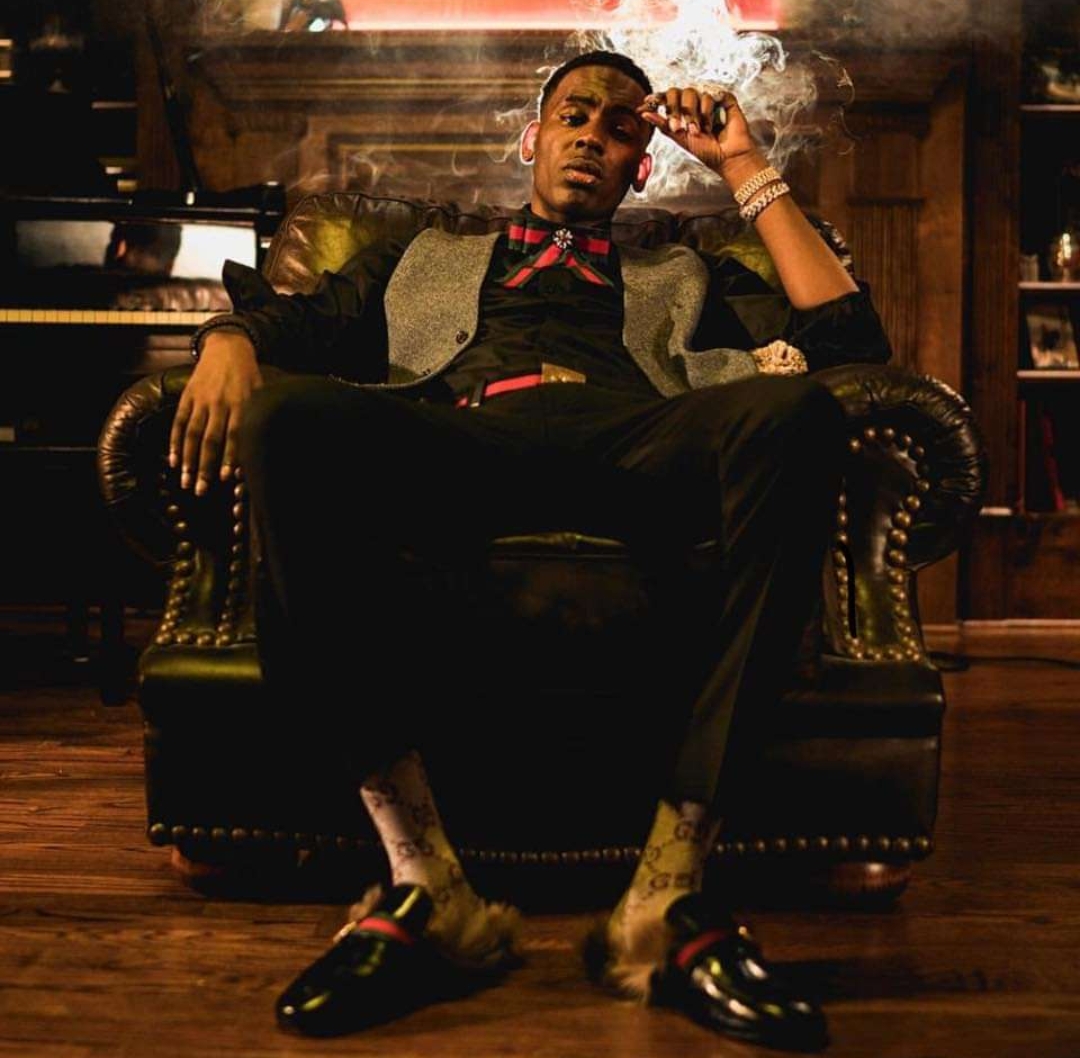 Young Dolph Sitting on A Chair

Justin Johnson, better known as Straight Drop, was involved in a “attempted fight” with another inmate on Friday, according to a SCSO official.

According to SCSO, no injuries were reported, and the event is being investigated. It’s unclear whether Johnson was held in solitary confinement or had access to other convicts.

Johnson was allegedly struck by an inmate while on the phone during visitation, according to TMZ.

Johnson’s attorney, Juni Ganguli, has not responded to our request for comment.

Johnson is scheduled to appear in court on charges relating to the murder of Memphis rapper Young Dolph in less than 48 hours.

Last November, Johnson is suspected of shooting and killing Dolph outside of Makeda’s Cookies on Airways Avenue.

Cornelius Smith, another suspect in Dolph’s murder, is scheduled to appear in court on Thursday.

A network of suspects has developed months after the shooting death of Adolph Thornton Jr., also known as Young Dolph. The players are being prosecuted or detained at various levels.

Memphis detectives have identified five persons of interest at this time. Two guys have been charged as the gunmen in the images that went viral the day following the rapper’s murder.

The following is a list of what we know about each suspect:

Images of a white Mercedes-Benz coupe identical to the one shown in surveillance photos released by police were confiscated in Orange Mound three days after Thornton’s death.

The automobile was seized from a Memphis lady during a violent carjacking at an East Memphis Kroger Fuel Center on Nov. 10 before it was used in Thornton’s killing.

Autopsy: In a homicide, young Dolph was shot numerous times in the head, neck, and torso.

Will Memphis push to erect a permanent tribute when Young Dolph’s memorial is demolished?

After his prints were retrieved from a rear panel on the passenger’s side, Smith, 32, was recognized as a suspect in the carjacking. Authorities arrested Smith in nearby DeSoto County on Dec. 9, almost a month before he was named as a suspect in Thornton’s murder.

Young Dolph in A Suit attire

Along with Johnson, Smith is suspected of being one of the gunmen captured on surveillance footage outside the bakery where Thornton was murdered.

Smith is now being held at Shelby County jail. Outside of the accusations filed, investigators have revealed little about his alleged role in Thorton’s death.

On February 20, Memphis police named Joshua Taylor and Devin Burns, both 26, as suspects in Thornton’s death.

Officially, very little has been said regarding their involvement.

Two days after Memphis police publicized their interest in the two on Facebook, Burns was arrested on charges unrelated to Thornton’s killing.

He has now been released, according to current jail records.

Since Memphis police identified him as a suspect, Joshua Taylor appears to have escaped arrest.

Due to the ongoing investigation, Memphis police declined to say if the two are still considered suspects in Thornton’s death.

The US Marshals Service apprehended Justin Johnson, 23, in Indiana in the first half of January. Top Shelby County law enforcement officials announced his arrest, as well as the arrest of Cornelius Smith.

Johnson had already been arrested and was wanted by federal police on a firearms violation. He is currently in federal detention and will face accusations of first-degree murder, attempted first-degree murder, theft, being a felon in possession of a handgun, and utilizing a firearm in a felony by the Shelby County District Attorney’s office.

Johnson has a criminal history that includes a conviction for three charges of attempted second-degree murder when he was 18 years old in 2017. The allegations arise from a shooting at an East Memphis bowling alley, where Johnson allegedly shot three people after an argument.

He pleaded guilty to the charges and received a five-year sentence. According to Shelby County District Attorney Amy Weirich, a Memphis criminal court judge granted Johnson’s request for his release nine months into his sentence.

Johnson was arrested again shortly after on gun and narcotics allegations. Johnson’s state bond was revoked this time, and federal firearms charges were filed against him.

Shondale Barnett was arrested at the same press conference that identified both Johnson and Smith as the probable shooters.

Authorities stated Barnett and Johnson were both detained in Clay County, Indiana. During the Jan. 11 press conference, US Miller stated that Barnett was awaiting extradition back to Shelby County.

What happened next is unknown.

Barnett was freed from jail 10 days after his arrest, according to Clay County officials. Officials stated they received confirmation from Shelby County that Barnett would be released.

The US Marshals Service, the Memphis Police Department, and the Shelby County Sheriff’s Office have yet to explain why Barnett was freed from detention in Indiana.

A warrant for Barnett’s arrest is still current in Shelby County, with the description “at large, Texas.”